The programme specifically focus on topics on IP valuation and commercialization. As we already completed the basics IPR, we need to think of “WHAT NEXT” once the IP is generated/ conferred/ granted by the respective IP office. The registered IP need to be marketed and start generating revenue. With this perspective, the programme aims to disseminate the process involved in IP commercialization and valuation. 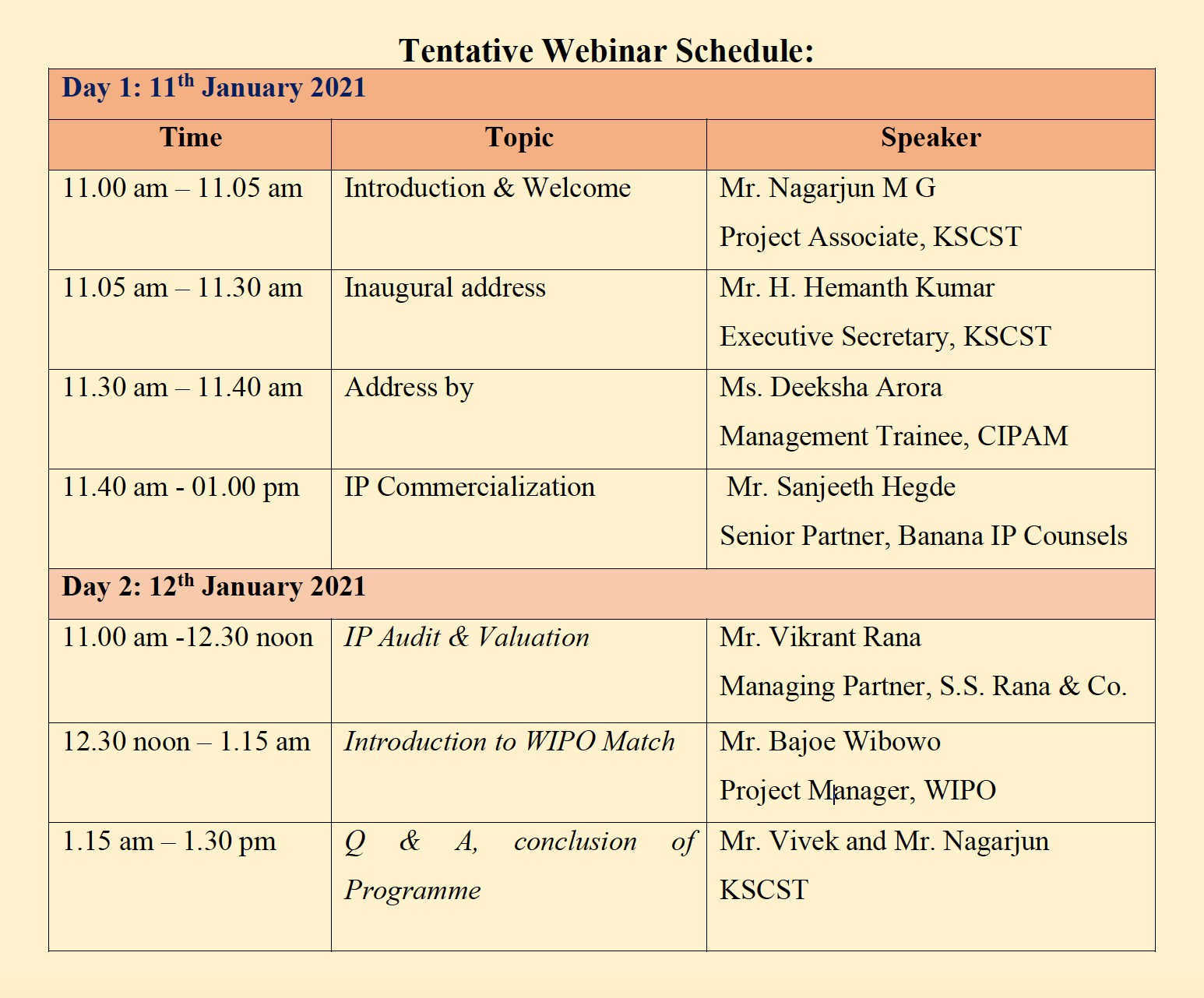 Karnataka State Council for Science and Technology (KSCST) was one of the first State S&T Councils to be set up in the country established in the year 1975 at Indian Institute of Science Campus. It is an autonomous S&T organization under Department of Science & Technology, Government of Karnataka. From the several decades KSCST has been pro-actively engaging itself to identify, propose and implement S&T based solutions to locale specific needs / problems in the broad areas of Water, Education, Energy, Housing, Geospatial technologies and Infrastructure etc in the State. In co-operation with the Indian Institute of Science and several other premier R&D institutions, KSCST executes many projects and programmes aimed at improving socio-economic conditions of the people of the state. Patent Information Centre (PIC), KSCST tirelessly willing to create awareness, capacity building, basic and advance training programmes on Intellectual Property Rights (IPRs). Further PIC KSCST is establishing IP cells across Karnataka in Science/Engineering Institutions / Universities.

Cell for IPR Promotion and Management is a professional body under the aegis of Department for Promotion of Industry and Internal Trade (DPIIT) which ensures focused action on issues related to IPRs and addresses the 7 identified objectives of the policy. CIPAM assists in simplifying and streamlining of IP processes, apart from undertaking steps for furthering IPR awareness, commercialization and enforcement. In association KSCST, CIPAM established the 8th Technology Innovation support centre at KSCST during February 2020.